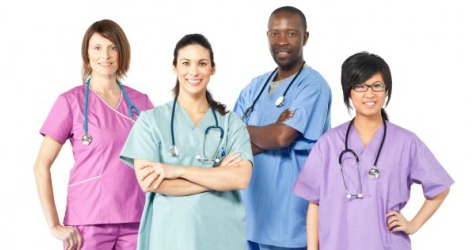 Welcome to the Cochrane Nursing

The Mission of Cochrane Nursing (CN) is to engage with the needs of the nursing community globally by leading and initiating strategic activities which promote nursing participation in evidence-based health care (EBHC), and by active dissemination of Cochrane evidence to diverse nursing audiences who might not otherwise be aware of Cochrane reviews relevant to their scope of practice.

More specifically, the core functions are to:

The Cochrane Nursing received funding from the Australian Government Department of Health and Ageing for funding establishment costs in 2006-2008. The Joanna Briggs Institute funds the provision of support nationally and internationally via the Field Coordinating Group office situated in the University of Adelaide.

Nurses and others involved in delivering nursing care represent the largest group of health personnel internationally. Increasing the international engagement of nurses, and others associated with nursing care, offers much potential for advancing the aims of Cochrane and contributing to the preparation of Cochrane reviews and their uptake in clinical practice.

In 2006, an international group of nurses associated with the Joanna Briggs Institute first discussed the possibility of establishing a nursing care entity within Cochrane. Following broad support to pursue this further, a concept paper was developed with the assistance of the Australasian Cochrane Centre and formed part of a funding submission to the Australian Government Department of Health and Ageing to provide support during the registration process. A Preliminary proposal for a Nursing Care Entity was developed and endorsed by the Directors and members of the twenty-six Joanna Briggs Institute Collaborating Centres at a meeting in Durban, South Africa in August 2006.

Throughout 2008, the sponsors of the application liaised with the Monitoring and Registration Group and members of Cochrane Steering Group to address various comments and concerns raised about the application itself plus broader issues concerning the status of profession-based Fields. In February 2009, a revised application and letters of support were submitted to the Monitoring and Registration Group. The Cochrane Nursing Care Network was officially registered with Cochrane on 25 March 2009. In March 2010 it was renamed the Cochrane Nursing Care Field in order to avoid confusion between the role of networks and Fields. More recently Cochrane rebranded and Fields titles were changed, leading to the current title of 'Cochrane Nursing'.